Bernabò Home Gallery welcomes collectors to its town house, in a suggestive and intimate space, adopting a different approach from the classic art gallery.

The ancient Lombard residence that houses it is overlooked by the tower of the Visconteo castle that dominates the surrounding landscape.

Bernabò Home Gallery has recently enriched its exhibition space, setting up a permanent exhibition in the heart of the city of Trezzo sull’Adda.

The ancient Lombard residence that houses it is overlooked by the tower of the Visconteo castle that dominates the surrounding landscape. On top of that tower, in the center of Trezzo sull’Adda, a tree rises on top. It can be observed from the windows of the gallery and to pay homage to the history of the city Bernabò Home Gallery has chosen it as its symbol.
Of that tree, replanted several times, even after the 1937 hurricane perhaps planted on top. To the tower by a whim of the wind can be found direct testimonies as early as the late 1800s, but it must have existed much earlier since it is mentioned in an ancient legend centered on the figure of Bernabò Visconti.
Lord in 1300 of the lands of Bergamo, Brescia and Cremona, and co-lord of Milan, Bernabò was a man who historians of that time describe as severe and cruel, even sadistic.
It is said that in the dungeons of the fortress he had a well bristling with blades that ended directly in the river, into which he threw his prisoners and sometimes even girls whom he kidnapped for his own insatiable appetites, of which he then got tired. But according to the legend, it is one of his lovers a peasant woman convinced that she could trick him and outsmart him who is behind the birth of the tree. The woman had allowed herself to be taken to the castle willingly, sure of being able to enjoy wealth and pleasures with Bernabò and then return home to her husband and children rich and satisfied. But the husband, who arrived at the castle by deception, was thrown into the well without the woman's knowledge and his restless spirit wandered around the fortress.
That same night, awakened by the wind of a storm, in which she thought she heard the cries of the abandoned children, the woman got up and wandered desperately through the castle until she reached the top of the tower. A bolt of lightning hit her transforming her body broken down by anguish into the branches and twisted fronds of a fig, the first of a long series of trees planted according to tradition in the same position.
Like so many legends it is a raw and terrible story, but it is also a piece of our city. According to the legend, the terrible storm destroyed only a few chimney pots in the village, and that fig which appeared almost by magic on the tower the next morning seemed a miraculous sign to the peasants who saw it. Those branches became a symbol of a tradition, a symbolic shelter. 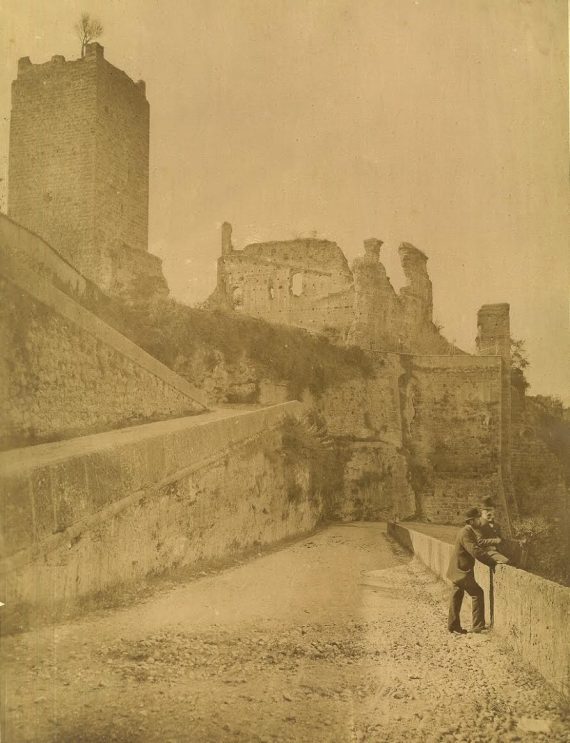